A Wedding at The Moat House, Acton Trussell | Sarah & Nick

An Early Summer Wedding at The Moat House

Sarah and Nick got in touch this year to look for a photographer for their wedding at The Moat House in Acton Trussell. Meeting face to face is super important. Starting the day at Sarah’s parents beautiful home in Ashley was lovely. The church her and Nick were due to marry at was also in Ashley which made things super easy. Ashley is only a small village so I parked between the two and did the start of the day until after the service on foot. Walking around I always find you see so much more and this was a great way to start the day. A little thing I found out from walking the streets of NYC instead of disappearing into the subway and missing some surprises along the way.

Sarah’s family home was so great to photograph in and I found myself getting a lot of different looking photographs whilst finding different people here there and everywhere. The very talented Sophie Bruno kept provided her amazing make up artistry in one end whilst the boys worked out the button holes at the other. Being there to capture final moments of Sarah’s mum helping her into her Bridal Lounge dress and her Rainbow shoes was definitely an emotional highlight.

From this first meeting I started to build a relationship with Sarah and Nick which would make things ten times easier come the wedding day. Trust and support for each other on the day works both ways. When we’re doing the couple portraits at The Moat House Sarah and Nick both got involved providing suggestions and support for my ideas. A great grounding for a friendship really helps people come out of their shell and this is why I spend so much time with my guests before their big day.

I absolutely adore the photograph of Sarah being shielded from the stormy rain by her dad holding the umbrella. There is definitely a lot to read into the photograph about support and guidance through hard times to reach the sunshine at the other end.

With the Arch Deacon on hand to lead the service and an all star local choir recruited we were ready for a great service. Comedy ensued when by a slip of the mind the Arch Deacon called Nick, Matthew. I love when people make mistakes it just proves we’re all human after all. Plus it also takes the edge off of a very formal and some what scary part of the day.

Being an Acton Trussell Wedding Photographer

After the service we all drove south to The Moat House at Acton Trussell. I’ve been to The Moat House before and I’m actually due back this coming summer for another couple so it was grand to be back on familiar ground.

On arrival to The Moat House I wanted everyone to just engage with each other but with the problematic weather at the church there was no time for messing! Myself, Sarah, Nick and a representative from The Moat House hit all the spots to grab them some awesome photographs.

The team at The Moat House really know their stuff and with the possibility of a strong downpour they got everyone outside and we cracked on with the group photographs to have them done in my normal record time.

Whilst everyone was having their wedding breakfast I went on a little scout around The Moat House and the surrounding land in Acton Trussell. My photographs often require a bit of work and I always love taking my couples out after the meal for the best sunlight. So when I found a field at the far end of the property which was a fair walk away I wasn’t sure if Sarah and Nick would be game. I guessed wrong! Full commital to get some great photographs they jumped in. I love this about this place, they have a bit of everything for photographs and it’s so easy to be a Moat House Wedding Photographer.

A bit of History at The Moat House

The Moat House is a large hotel located only minutes away from the M6 motorway in Acton Trussell a small village in Staffordshire. Although the motorway is rather close this 15th century bar, restaurant and hotel offers a very serene setting with it’s own two duck ponds and a glass backed wedding suite which backs on to the canal. It’s not unusual to have ducks and ducklings sat next to you whilst you enjoy the peaceful setting on the front lawn.

Having photographed at The Moat House before it still provided tons of opportunities for fantastic photographs as the place is so vast with a lot of different spots. I always love strong foliage and enjoyed shooting against the in bloom rhododendron’s along with the reeves from the duck pond and the wheat in a nearby field. Such a fantastic contrast all in different areas for different lighting opportunities.

The Moat House is definitely known for it’s huge Oak Tree which sits proudly at the front of the building. It comes alive at night with the help of entwined fairy lights to really bring a bit of magic to the venue. 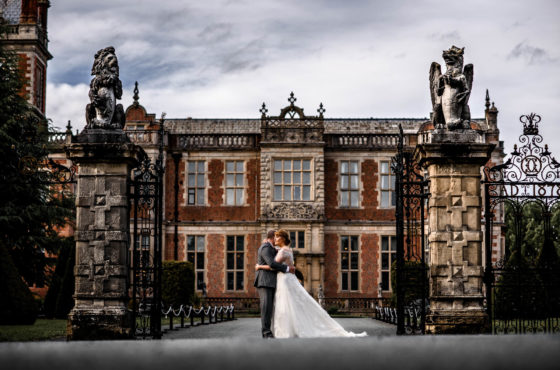 A mid August wedding at The Heath House in Tean

A windswept wedding at the Upper House Hayfield